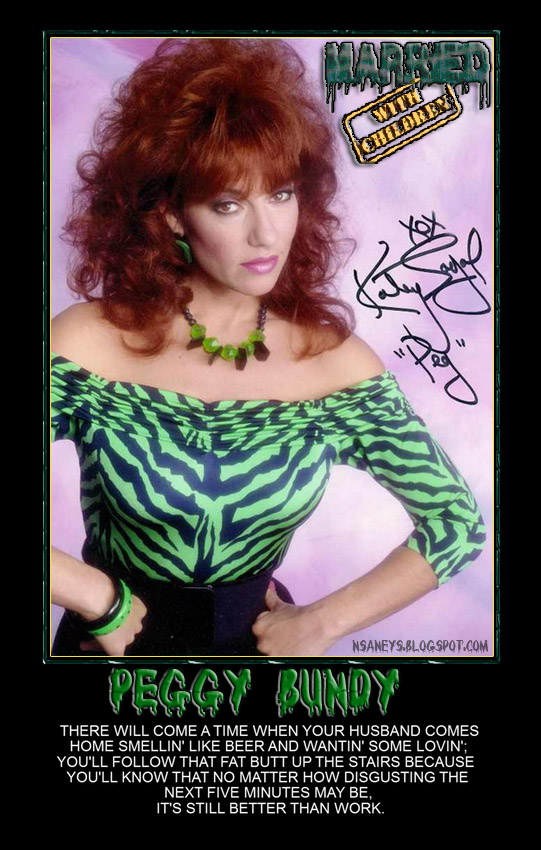 Peggy Bundy - Sex Kitten (Katey Sagal) Married with Children Video
PEGGY BUNDY: Kelly, its time we had a little talk. There is a thing men will want you to do when you get married; it's called work.
KELLY BUNDY: I'm scared; hold me, Mom.
PEGGY BUNDY: Once you do it though, you'll never have to do it again and there will come a time when your husband comes home smellin' like beer and wantin' some lovin'; you'll follow that fat butt up the stairs because you'll know that no matter how disgusting the next five minutes may be, it's still better than work.
KELLY BUNDY: Thanks, Mom; you're so wise.
PEGGY BUNDY: Well, you can't sit on a couch twenty hours a day and not learn something.
Cast